Graduates From Rockaway In 1932 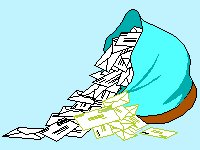 My neighbor, Roz Shapiro Siklay, graduated from FRHS in 1928.  She lived in the Crossways apartment house, along with her late brother Emmanuel Shapiro, who graduated in 1932.  Does anyone remember them?  If so, please
email me.   Thanks.

I graduated from 8th grade at PS 39 and remembered that I had to walk over to the new FRHS in the Bayswater area. It was exciting to see the new facility with it's pool, gymnasium and auditorium. I took a 3 year Commercial course and graduated in 1932. Mr. Ellsworth was the principal. My favorite teacher was Dorothy Haenhle.

I have three children, Nancy, Judy and Alan. They also went to FRHS. Nancy became an elementary school teacher on Long Island, Judy became a Principal of an Adult Education School in New Jersey and Alan became a music teacher in Carmel New York. I was one of four sisters that attended FRHS. Georgette, Gay, Claire and Hattie Lucas. Claire lives in the Washington DC area.

I live in Putnam County in the town of Carmel, about an hour north of NYC. I came to the USA at a young age from Hungary. I first came over with an Aunt and later my parents joined us to settle in Far Rockaway. I would love to hear from any graduates that remember me. 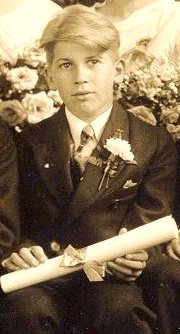 Too bad  you weren't around in Arverne during the  mid. 20's  to mid 30's. the only way in was by Long Island R.R or the long way around by car. There was no cross-bay bridge.  The summers were great. Big hotels--Prince Hotel, Colonial, Berkowitz.  In the 20's there was only small sections of the old boardwalk.  "Mickey" roasts on the beach at night.  Girls had to be in by 10 p.m.  May sound corny to you but they were fun days.  By Labor Day the natives were glad to see the summer gang leave. We would then reclaim  the beach. Songs in those days were Stardust, Love Letters in the Sand, Faded Summer Love,  and when they were sung you could understand the words, no earplugs required.

Did you ever go frost fishing along the beach in winter. Fish would wash up and glisten on the moonlit shore.
I used to live on Beach 64th St. in the bungalows, also on Larkin and 66th St. and Beach 67th St. next to what was then F.R.H.S. annex '28 & '29.  My P.S.42 Grad pix Class of '28 is on the web.  I'm front row third from the left.
See if you can relate to any one in the pix. Names are at the bottom

The only person I can personally identify in the photograph is my mother-in-law, Anna Clayden, daughter of Geroge Frederick Clayden and Frieda Engel Clayden.  She married Patrick Doran.  Anna was born in 1914 and died in 1979.  She is the fourth person from the right in the third row.'

If, as a result of your publishing the photo of the entire class, there is information provided by anyone, I would be interested in being contacted on it.