Thanks to Randy Weinstein class of 1966 for sending the information 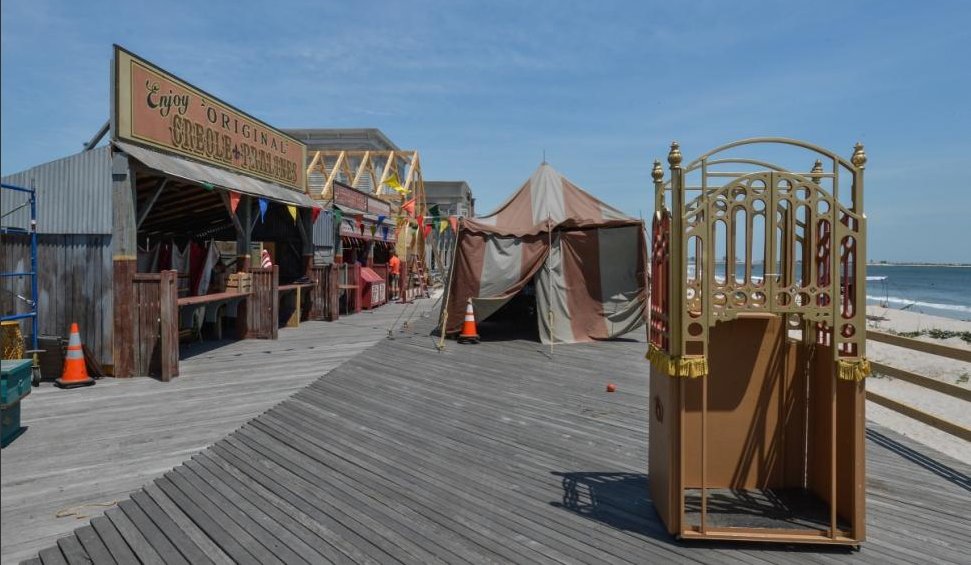 Far Rockaway has been transformed into turn-of-the-century Atlantic City, if only for a week.

A makeshift hotel, corner store, arcade and a shop advertising “Original Creole Pralines,” have popped up along a once-barren stretch of the boardwalk for upcoming scenes from the final season of “Boardwalk Empire.”

The crew of the hit HBO series took over the Rockaway shoreline earlier this week to film new episodes of the period drama, which is set in Atlantic City, N.J.

The set was built for Atlantic City flashback scenes in the 1880s, an HBO spokeswoman said.

The acclaimed show, which features actor Steve Buscemi as powerful and corrupt political boss Enoch “Nucky” Thompson, has filmed around the city including Fort Tilden and Riis Park in Rockaway since the series began.

Parts of the final season, slated to premiere in September, are being shot around Beach 33nd St. through Friday. The season will begin seven years into the future, around the beginning of the Great Depression, according to reports.

“I think people in the community are excited,” said Assemblyman Phil Goldfeder, who lives in Far Rockaway and passes the set during his daily runs. “Not only are they filming a television show in Rockaway, they are being a good partner and using local businesses when they can.” 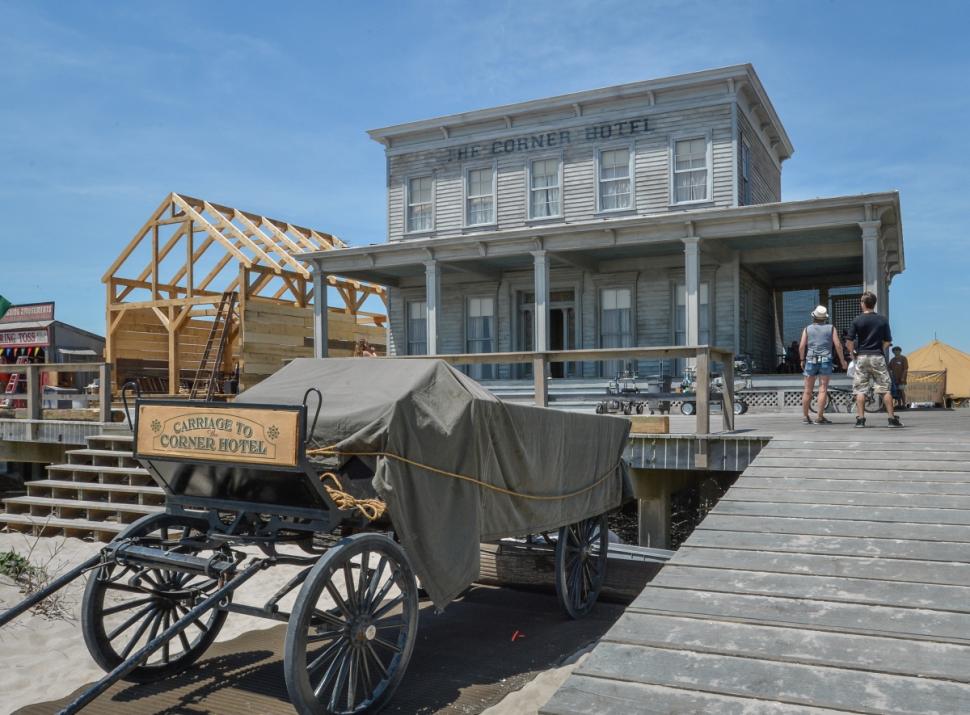 A section of the boardwalk in Far Rockaway around Beach 33rd Street is being transformed into an 1880s version of Atlantic City for filming of the hit
HBO series "Boardwalk Empire." Filming has been taking place this week. 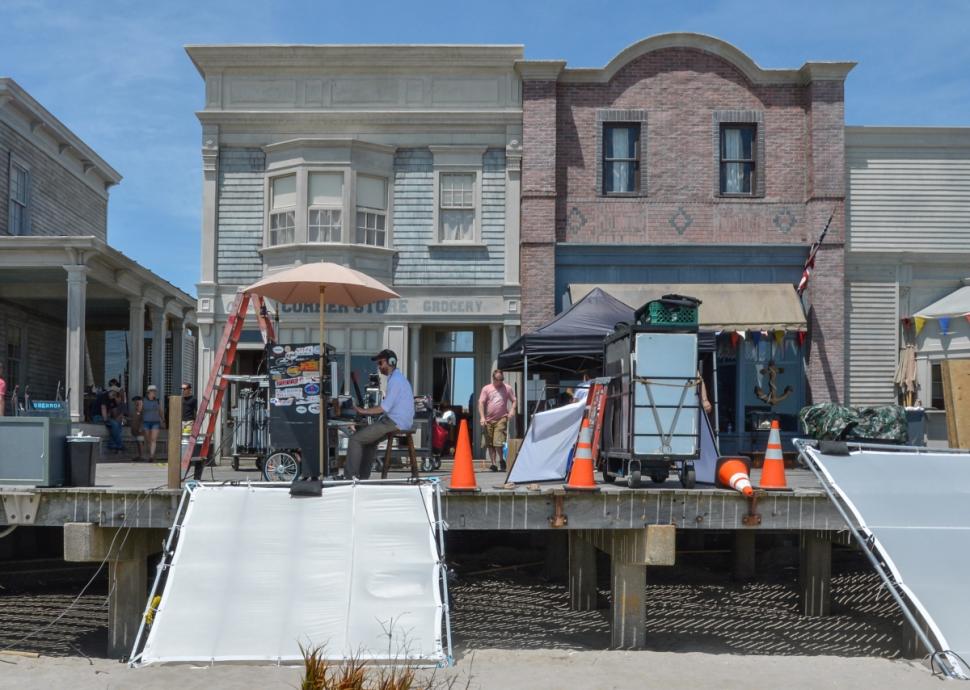 Filming has been taking place all week in Far Rockaway where the crew of "Boardwalk Empire" constructed a set to represent Atlantic City in the 1880s.