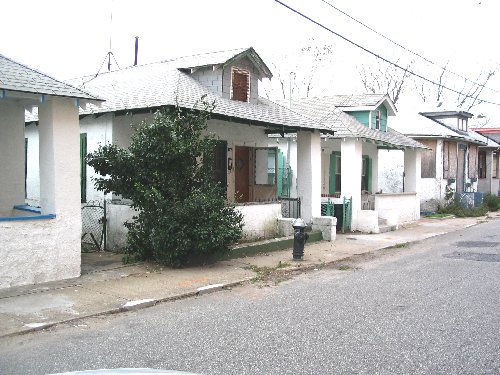 Independent filmmakers Jennifer Callahan and Elizabeth Hogan Harris seek footage, photos, and memories from people who spent time in bungalows, ideally from 1930s and 1940s, and earlier, if possible. We also need money! All contributions are tax-deductible and any amount would be hugely helpful. For more information, write to us at bungalowdoc@yahoo.com

We've received grants from: New York State Council on the Arts via Queens Council on the Arts; New York City Department of Cultural Affairs; and the Office of the Borough President of Queens. "The Wave" has been following the progress of the film since we began several years ago. "Newsday" will run a story on the film in the next few weeks.

A 23-minute rough cut, which includes archival images and interviews with bungalow residents past and present, and urban historians, including FRHS alum and author Lawrence Kaplan, was screened on April 22, 2007, at the Rockaway Music & Arts Council Literary/Film Festival.

We intend to broadcast the completed film on Channel 13 and have had an early, promising meeting with them, who are interested in the film. As you may know, the Rockaway bungalows have twice been featured as smaller segments on Channel 13 programs.