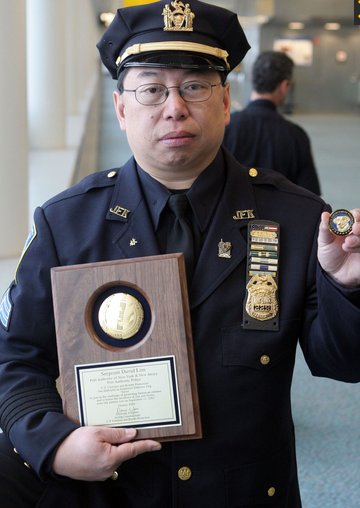 Port Authority Lt. David Lim, one of only 16 people to survive the collapse of the World Trade Center North Tower, is retiring Thursday after 34 years on the job.

“You realize that it’s easier to stay home than to go to work. For me, it’s now time to go,” he said.

Lim grew up in Far Rockaway, the son of parents who opened On On Kitchen, one of the first “open” Chinese take-out restaurants in the area, where patrons could watch their meals being cooked.

The local NYPD 101st Precinct station house was nearby so hungry cops regularly stopped by for their meals – and their friendly chats with him helped to push him toward a law enforcement career, he says.

He joined the PAPD on April 7, 1980 and tomorrow will be his last day.

He’ll be honored by his police colleagues with a 2:30 p.m.  ”Final Roll Call” and walk-out ceremony outside La Guardia Airport Building 237.

The goodbye is likely to be a bittersweet occasion, he admits.

“I spent a lot of time on this job and obviously, I’m looking forward to spending more time with my family,” said Lim, who lives in Lynbrook, L.I., with his wife Diane, with whom he raised a daughter, Debra, 26, and son, Michael, 25.

Despite the opportunity to catch up on family obligations, he says he’ll nonetheless miss the camaraderie in working with other cops and serving as a role model for younger officers, he said.
“I guess I’ll miss working with the other cops and helping people. I know it sounds kind of corny.”

“But for me, from the day I’ve come on this job, I’ve learned something new every day and I’ve had a chance to pass along my knowledge to the younger cops and I’m going to miss that opportunity.”

Thirty seven PAPD cops perished on 9-11 and Lim emerged as the only cop to survive after being trapped during the ordeal, making him something of an iconic figure within the agency. 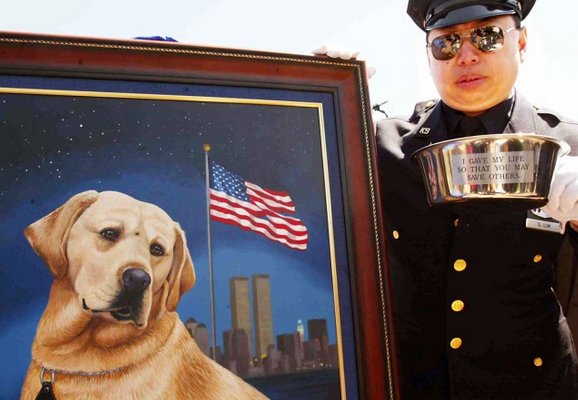 The morning the terrorist planes struck Lim was a PAPD K-9 cop stationed inside the South Tower with his partner, Sirius, when he felt the building tremble.  He secured his dog in the building’s basement kennel, so he could venture outside to help out, he recalled.

Making his way to the North Tower, he began leading others to safety when at 10:28 a.m., the building crumbled in the span of 11 seconds, killing hundreds of civilians and scores of first responders.

Lim, 12 FDNY firefighters and three civilians were descending stairwell B and had made their way to the fourth floor where they became trapped amid the debris for five horrifying hours before help came. His dog died when the South Tower fell less than a half hour earlier.

In the years since, he’s been thankful the Port Authority permitted him to travel widely, speaking before police and Asian fraternal groups about what he endured, including a trip to the Pro Football Hall of Fame, in Canton, Ohio, where he and some of the trapped firefighters had the opportunity to meet with a bunch of star players.

He says he doesn’t know why was spared and others died.

“I had a lot of people who came to me and told me, ‘God had a special purpose for me.’

Well, it’s not that I’m not religious, but I just don’t feel any more special than the 3,000 people who died that day.

“I thank God that I’m alive, don’t’ get me wrong. But I don’t know about a ‘special purpose,’” he explained.

Once he says goodbye to the PAPD, he plans to take some golfing lessons, so he can improve his less than stellar game.

“Now that I’m going to retire, I’m going to take some golf lessons, rather than wasting my time on the golf course as before,” he joked.

And on Sunday, he and his wife plan to fly to Seattle to watch the Mariners play the New York Mets – the first of many such trips he hopes to make in the future.

“My wife and I are big Mets fans,” he confessed.  “We hope to go on some road trips around the country, following the Mets,” he said. 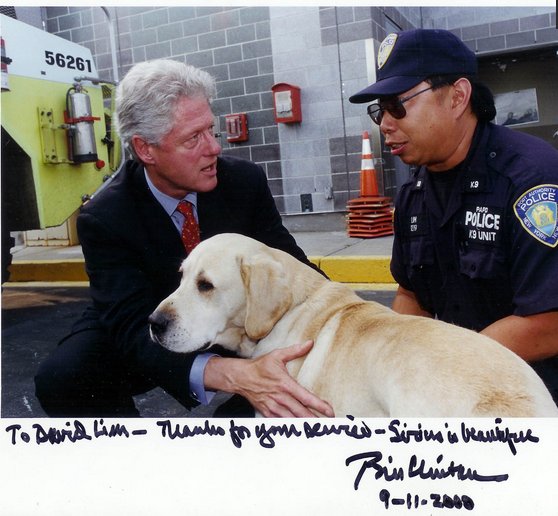