Thanks so much to Bruce Stiftel, Class of 1971 for his excellent perspective about the first Earth Day which took place at Far Rockaway High School in May of 1970.  Bruce Stiftel, FAICP, is professor emeritus of city and regional planning at Georgia Institute of Technology. His research concerns collaborative governance of environmental policy and international movement of planning ideas. His work concerns planning theory, planning dispute resolution and international development.

On April 22, 1970, I stepped to the podium of the auditorium in Far Rockaway High School in New York City to introduce Herbert Johnson, the long-time park ranger of the Jamaica Bay Wildlife Refuge, a man who had labored most of his adult life to build a haven for birds and crustaceans in the shadow of Kennedy airport. Moved by the teaching of our science faculty, and drawn into a national conversation stimulated by Rachel Carson and Marjory Stoneman Douglass, I was one of a small group in my school who campaigned that the school should mark the first Earth Day in a significant way.

The decade that began with the first Earth Day became a pivotal moment in US environmental awareness and action, seeing passage of the Clean Air Act, the Federal Pollution Control Act amendments of 1972, the Coastal Zone Management Act and a host of other key environmental protection laws, many of which were echoed in our states and in other countries. It was also a time when school children became leaders in their families, promoting sustainable practices that often seemed at odds with the greatest growth spurt in consumerism that the world had known.

Earth Day became a regular part of our annual cycle and even faded into the background as we began to take for granted the cleaner water and air and resource management protections that resulted from the environmental decade. As a nation, we largely moved on to other concerns.

Our city planning profession, of course, did not. Environmental sustainability remained central to our cause as the issues were reframed and refocused around carbon footprint, biodiversity, genetic modification in the food supply, and other increasingly global concerns. Still, there was a complacency that here in the US that we had a consensus around the fundamentals of pollution control and sustainable yield from publicly managed natural resources.

Suddenly, that complacency no longer seems justified. The core principles of the environmental decade are now questioned in the highest offices of our land, and civil servants who dedicated their lives to protecting our planet for our children find themselves unwelcome in their workplaces. Again, an Earth Day that calls attention to the irreplaceable role of natural resources in sustaining life is essential to our future. Thank you for your commitment to a profession that works at the forefront of the battle for sustainability. May this Earth Day be a moment to reassure you that progress is possible and to contemplate the most effective path forward to living equitably within our means. 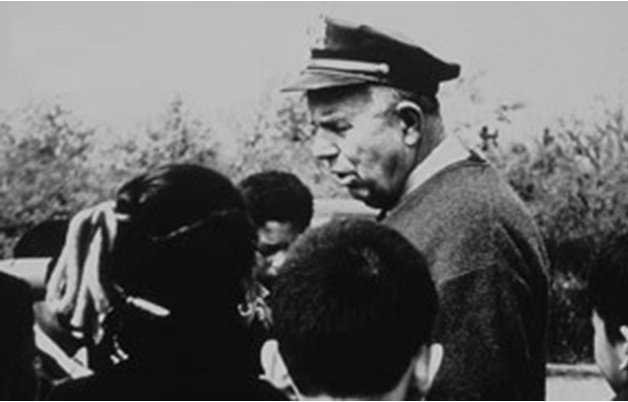