Sad to Report the Passing of Len Tillem 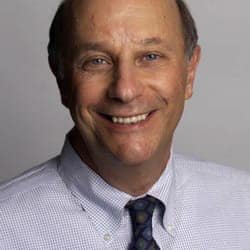 Len Tillem, who entertained legions of listeners over the years with savvy legal advice and his New York–accented “How come you’re cawlin’ a loy-yuh?” radio shtick, has died at age 77.

Tillem, who lived in Sonoma with his wife of 35 years, suffered a cerebral hemorrhage and died at Sonoma Valley Hospital on Jan. 13.

“His wife Susan was with him,” longtime radio programmer Jack Swanson wrote on Facebook last week. “There was no pain.”

Tillem became a radio celebrity on KGO 810 AM two decades ago, after he was hired in 2000 to fill six hours of weekend programming. Slowly but surely, Tillem and his show blossomed, and he wound up with a weekday show from 12 to 1 p.m. daily that was rated No. 1 in its time slot.

Ostensibly, the show was for people to call in and receive free legal advice. But Tillem’s witty, sassy, “Jewish boy from New York City” personality and his ability to elicit salacious stories from the callers made the show perhaps even more entertaining than it was informative.

“I think a lot of my show comes from the fact that my grandfather used to read me the ‘Bintel Brief’ in the Forverts,” or the Jewish Daily Forward, Tillem said in a 2009 interview with J. That column, in Yiddish, answered in practical terms questions from Jews, many of them new immigrants, who were confused about adapting to life in America.

“Len is a star. He really is,” Mickey Luckoff, who was president and general manager of KGO radio for 30 years, said in 2009. “I often get the question, ‘Did you hire him because you wanted a lawyer?’ No, of course not. We hired him because he’s a personality, an entertainer.”

Tillem was born June 9, 1944, in the Bronx, New York, and was known as Lenny among family and friends. His parents were Jewish Polish immigrants: father Carl was a plumber and mother Ethel ran a rooming house in the New York beach town of Belle Harbor.

Tillem graduated from Far Rockaway High School in 1962, then earned a bachelor’s degree at Brooklyn College and a law degree at New York University. While still in college in 1968, he visited San Francisco; his sister, Susan, who later produced his radio show, had dropped out of college and joined the Haight-Ashbury scene.

Tillem fell in love with the Summer of Love vibe, and in the early 1970s he moved to Sonoma and set up a law practice. He specialized in elder law — including estate planning, wills and probate, trusts and long-term planning.

As a way to help promote his business, Tillem in 1990 began dishing out legal advice on the radio, first on Napa Valley’s KVON and then on Santa Rosa’s KSRO. His popularity enticed KGO to try him out on weekends. “It was like going from the minors to the majors,” Tillem said.

He remained with KGO from 2000 until 2011, when the station changed formats and many hosts were dismissed. After that, he continued on KKSF-FM for a couple of years, then switched to podcasting. He remained an active lawyer until 2016, when his firm merged with another.

Along the way, Tillem, his wife and their two daughters, plus his sister, were among the group of charter families that established Reform Congregation Shir Shalom in Sonoma in 1996. Though both daughters were bat mitzvahed there, Tillem told J. in 2009, “I’m not the most active member of the temple now, by any means.”

KGO Radio host Ronn Owens played an important role in Tillem’s career, as it was he who pushed the New York shtick when a nascent Tillem used to appear on his show.

Said Owens in a Facebook post after Tillem’s death: “He was a wonderful guy and I loved listening to him on the air and having him as a guest on my show. He had a wonderful way of informing his listeners about the law and entertaining them at the same time. My deepest condolences to his family.”

There were no services due to the Covid-19 pandemic, and no memorial is planned at this time. The family is asking those who want to donate to give to their own synagogues in Len Tillem’s name, or plant a tree in his memory at shop.arborday.org/trees-in-memory.